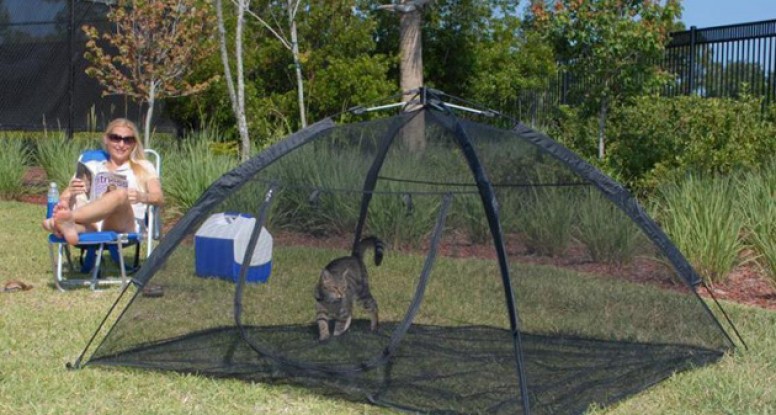 The Best of Two Worlds: The Catio

in Barks and Blooms / cat / cat nip / indoor cat / outdoor cat / ratio  by Sandy Kempton November 25, 2013
What’s a Catio?  A hybrid of cat & patio and it’s the coolest thing for active cats in the country, suburbs, or city.  Of course it’s too cold for much outdoor time right now, but if you start planning now, you can have a Fabulous Catio by spring!  Take a look at these inspirations:
A Catio can be as simple as this portable pop-up: 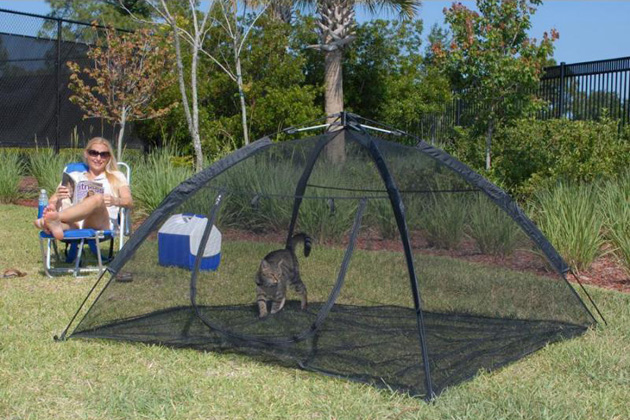 A Catio can be an efficient, tidy box attached to a window.  You can DIY or purchase. 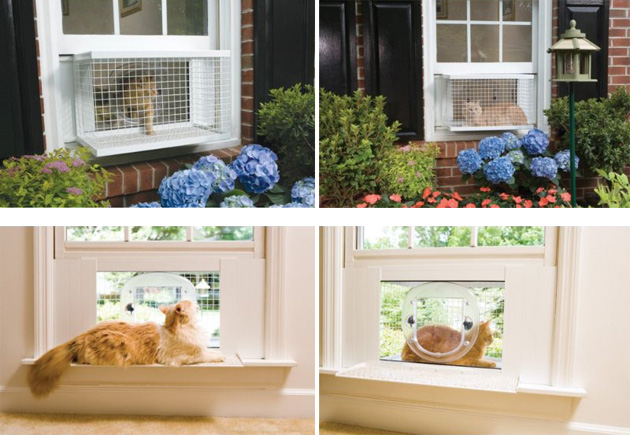 This Catio is like the one above, just fancier!  What a lucky cat!  (I saw a similar one while at the beach in North Carolina this summer.) 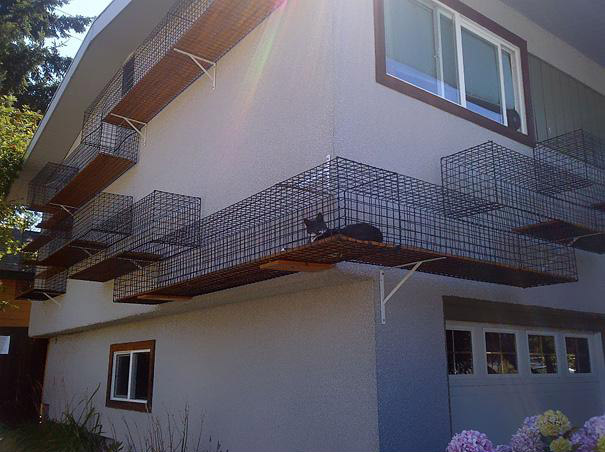 Look at this!  Exercise steps, ramps…and…is that catnip I see? 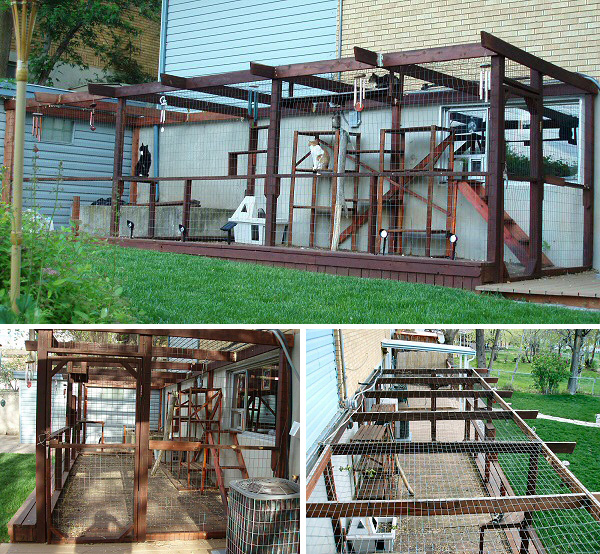 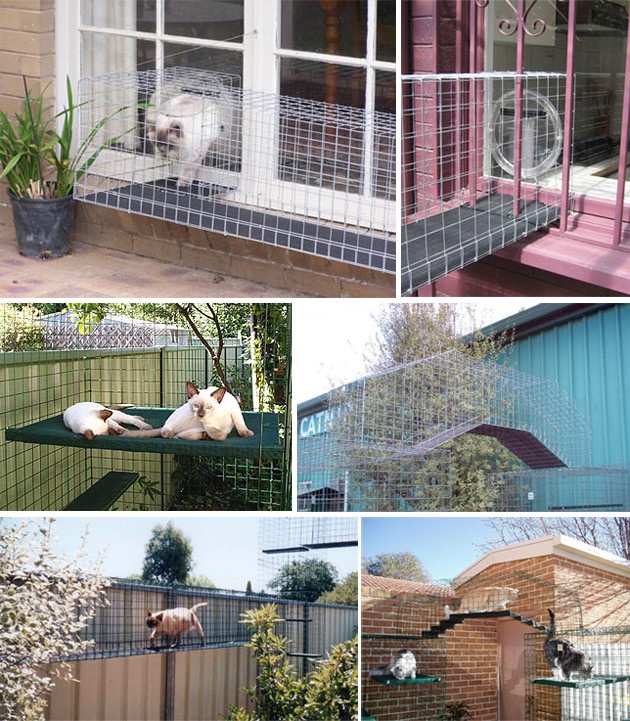 The Cottage Catio.  Sweet shade and the kitties can keep you company while you garden

Limited space?  How perfect is this?

Does your home have a catio?  Share your thoughts and your pics!! 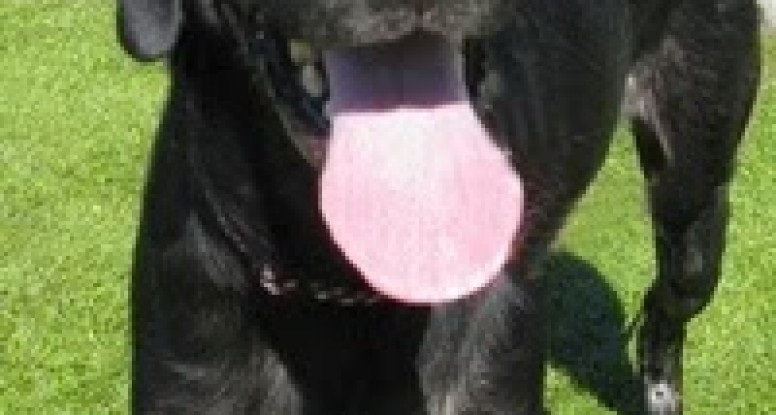 Letter from a Delighted Barks and Blooms Client

in Baltimore / Barks and Blooms / Barks and Blooms Doggie Daycare / client / delighted client / dog / doggie daycare / Hampden / Henry  by Sandy Kempton November 19, 2013
We received this note from a client and had to share!
“I was at Madonna Vet on Saturday morning  and everyone was chatting in the lobby and I had Henry and Julius (my cat) in for check-ups.”

“I was explaining that Henry was in daycare and a women suggested I contact a dog walker from Barks and Blooms because they were the best.”
“Then the other woman in the lobby indicated that she also uses Bark and Blooms; and her dog got sick while she was away and had many messes that  had to be cleaned up. She said her house looked beautiful when she got home and that is why she will always use Barks and Blooms.

“She proceeded to tell me how great the service was and how her dog  just loved her walker.”

“Then I realized they we were trying to outdo each other with how great Barks and Blooms was when I interrupted and told them I had used Barks and Blooms from the beginning and that Henry was in their Doggie Day Care Center.
It is hard to top me !!”
Best Wishes,
Richard

Is It Time to Throw the Jerk(y) Out!?

in Uncategorized  by Sandy Kempton November 6, 2013

There has been an absolute epidemic of recalls in the last year concerning dog food and dog treats, specifically jerky–made from chicken.  While sifting through the dozens of blogs I subscribe to daily, I came across this article written by a vet, Dr. Eric Barchas for DOGSTER.  He states that questionable jerky has been tested for salmonella, metals, pesticides, and antibiotics, and were screened for other chemicals and poisonous compounds, but in spite of these efforts, the cause of the problems remains unidentified.

Here’s an excerpt from the article:

“This places jerky in a uniquely nefarious group of food and plant items that can sicken or kill pets for reasons unexplained by current science. Other members of the group include grapes, raisins, and lilies (in cats). 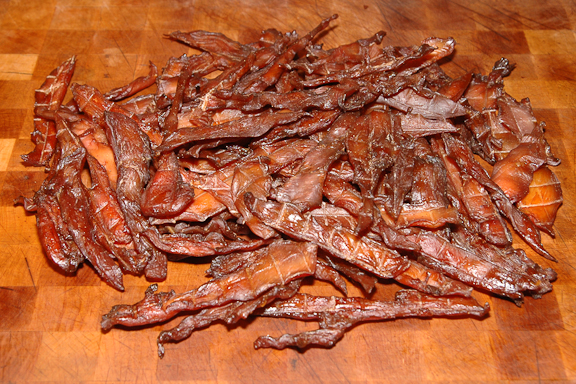 The analogy between grapes and jerky may actually be a very good one. There are some people who are beginning to suspect that there is no contaminant. Rather, they suspect that jerky itself, like grapes, may be safe for people yet toxic to some dogs (but not others).”
Something to think about–Here’s a link to the rest of the ARTICLE.  It’s good reading.